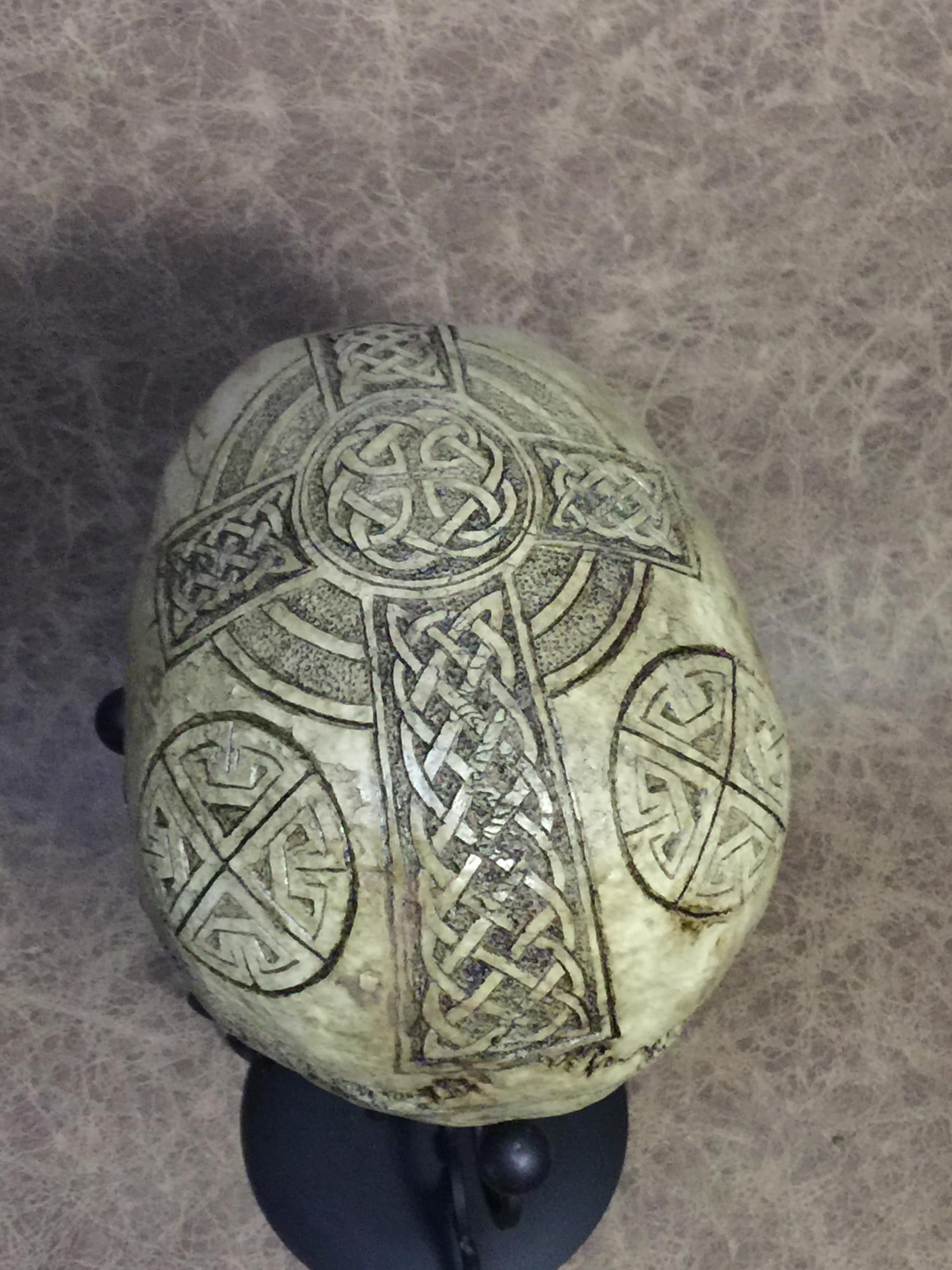 CUSTOM JAVASCRIPT / HTML
Retail: $367.00
NOW $327.00
Carving Time: 72 hours
Vercingetorix was a chieftain of the Arverni tribe; he united the Gauls in a revolt against Roman forces during the last phase of Julius Caesars's Gallic Wars.
This museum quality heavy resin cast carved human skull is to honor Verconetorix and his warriors spirit.

Vercingetorix came to power in 52 BC: he raised an army and was proclaimed king at Gergovia. He immediately established an alliance with other Gaulish tribes, took control of their combined armies, and led them in Gaul's most significant revolt against Roman power. 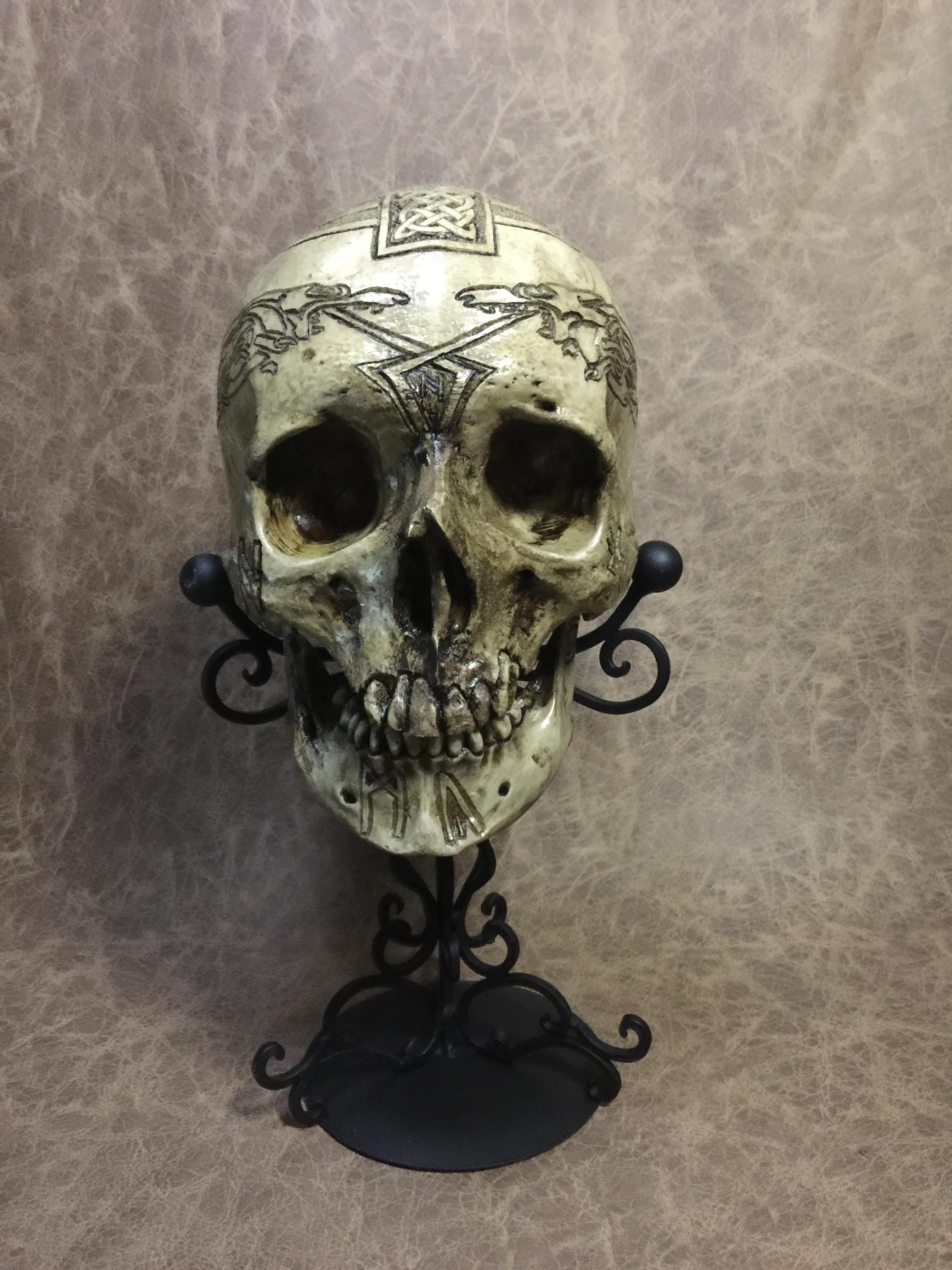 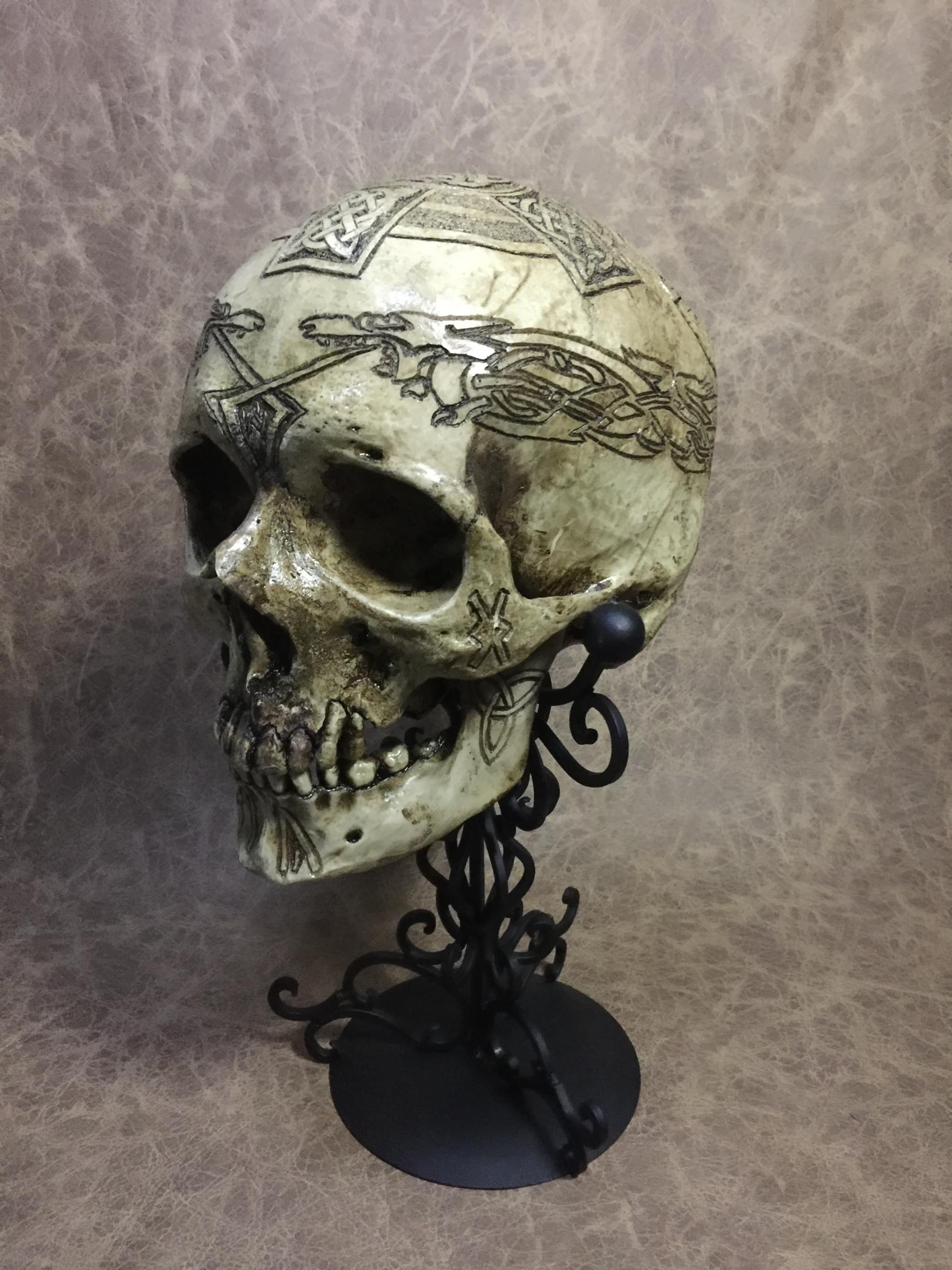 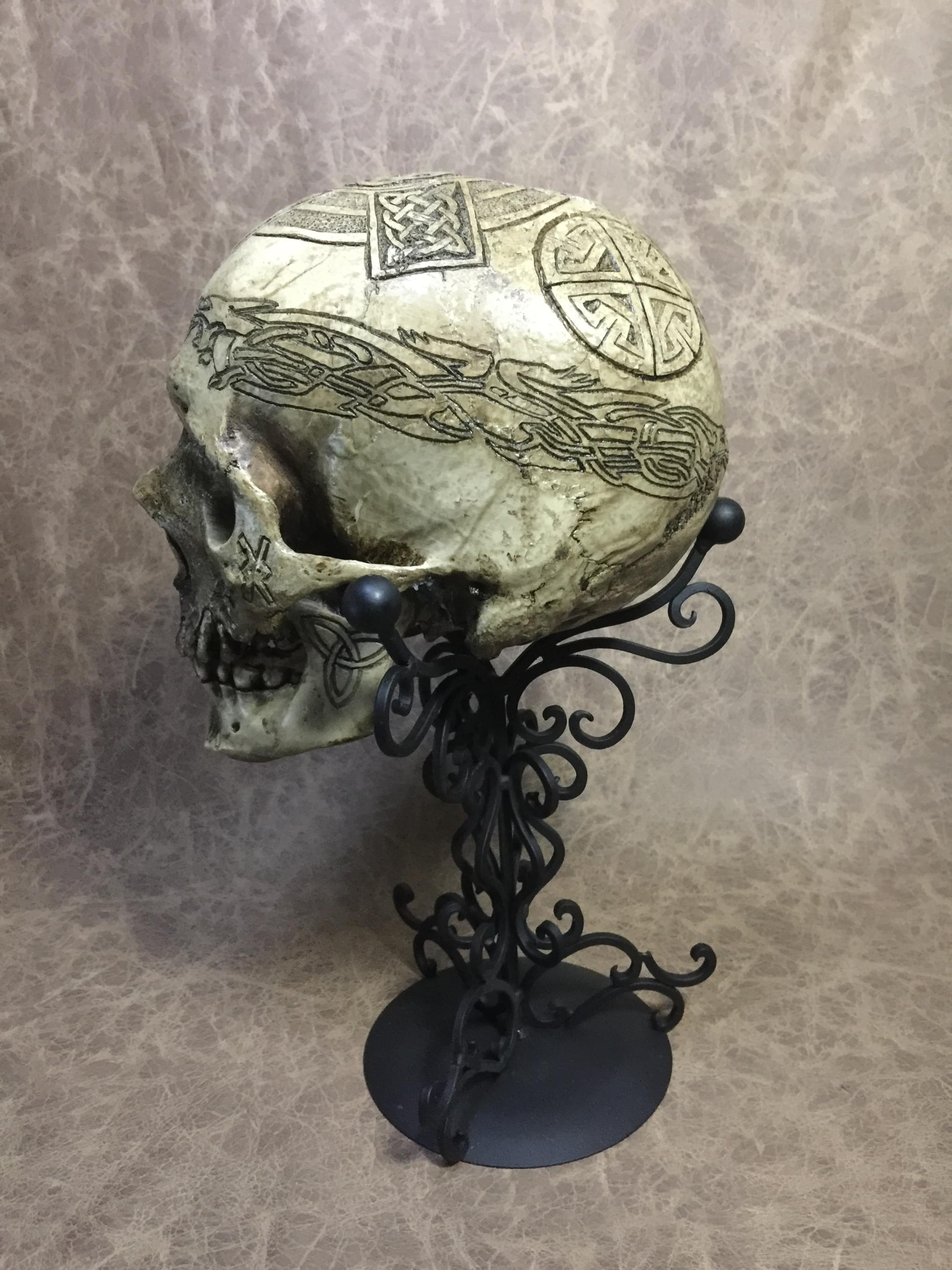 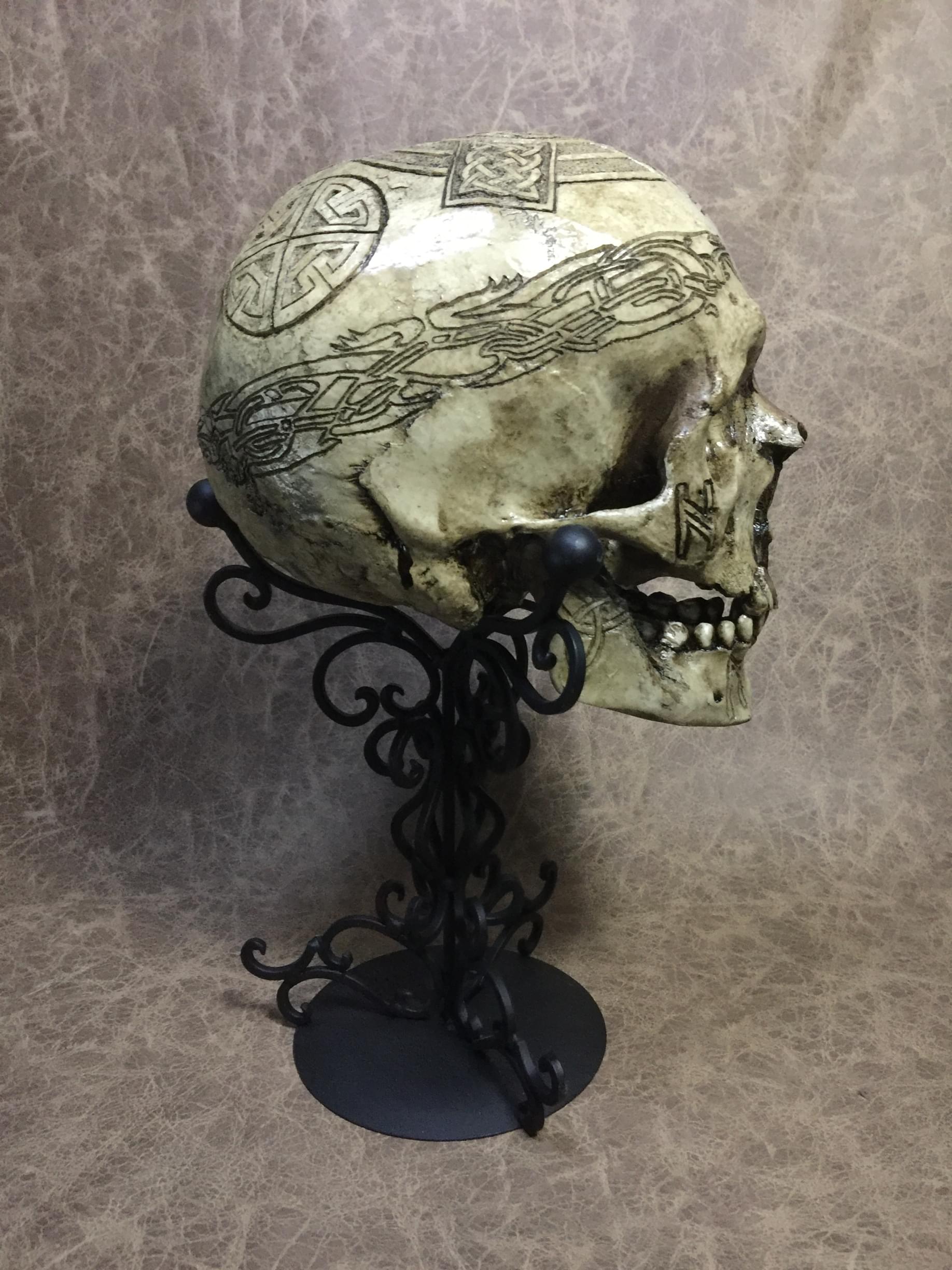 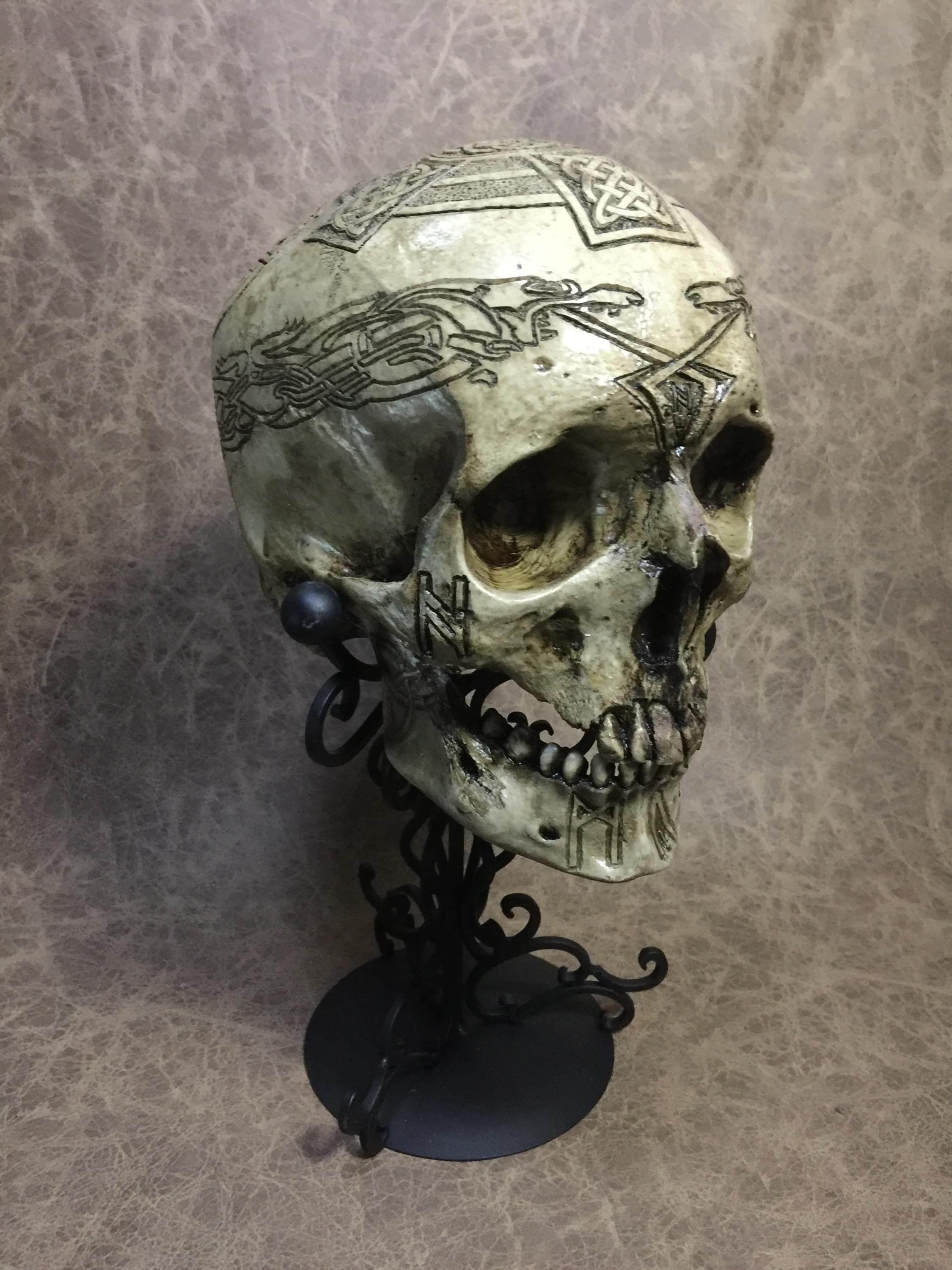 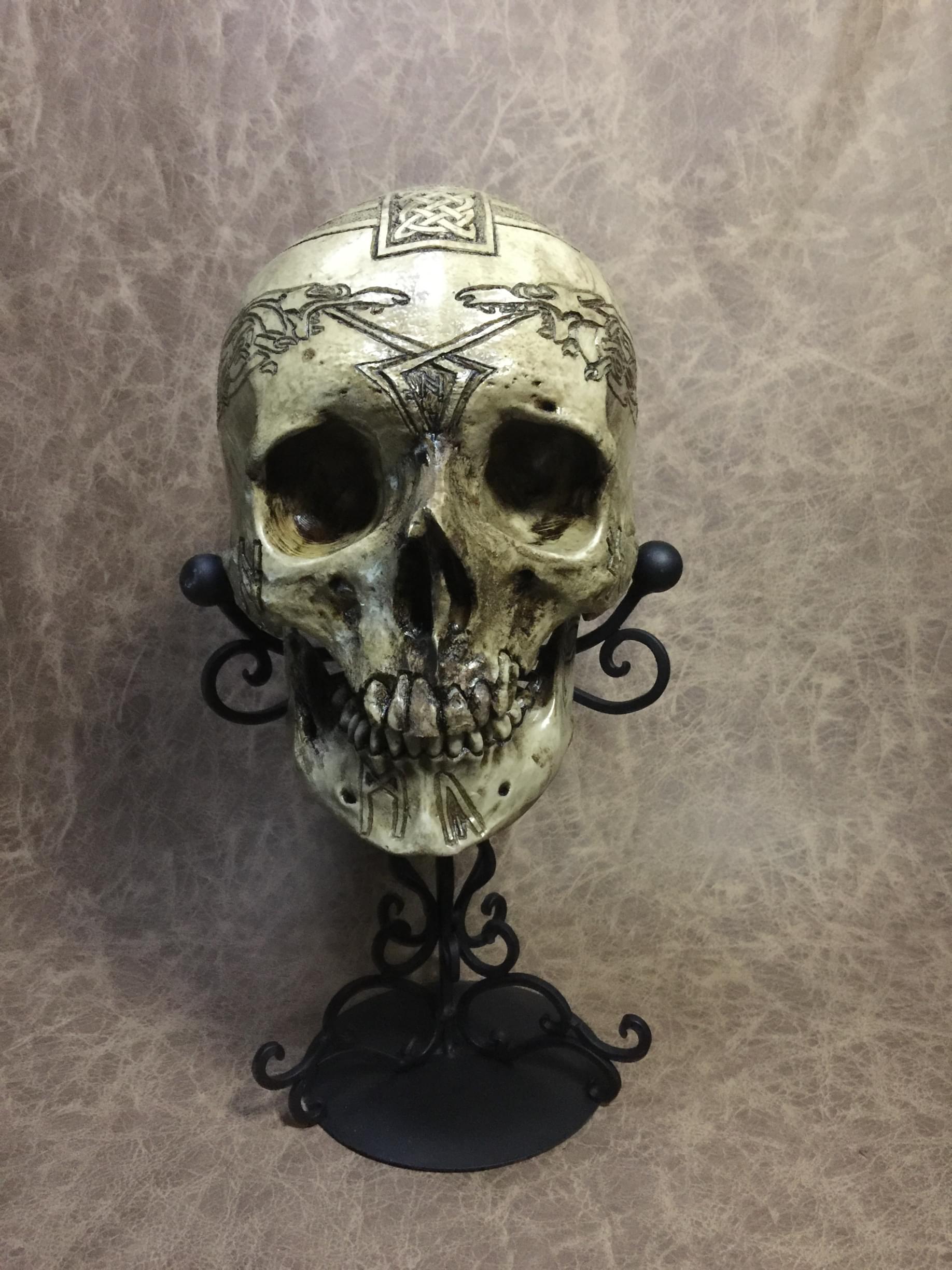 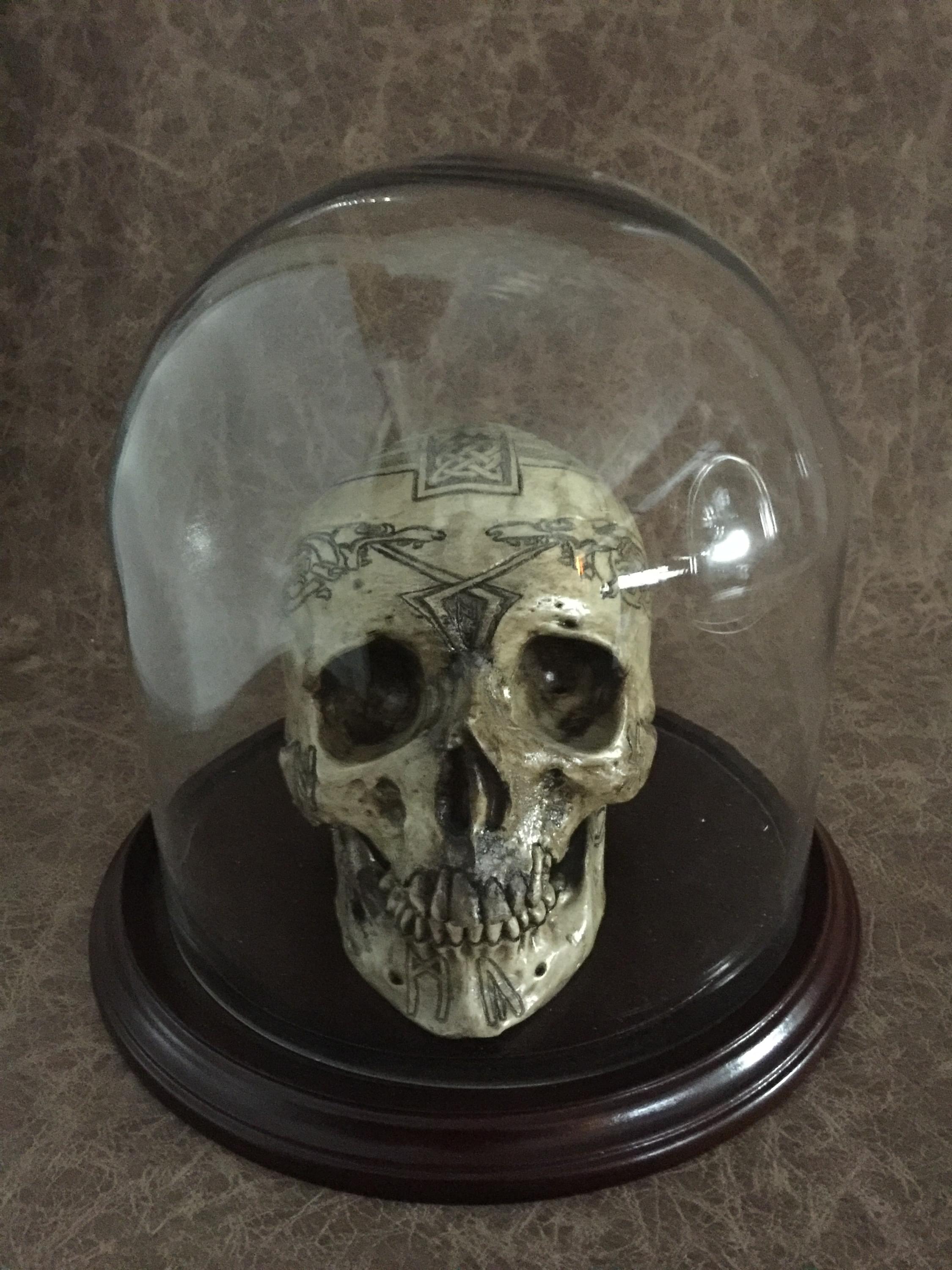 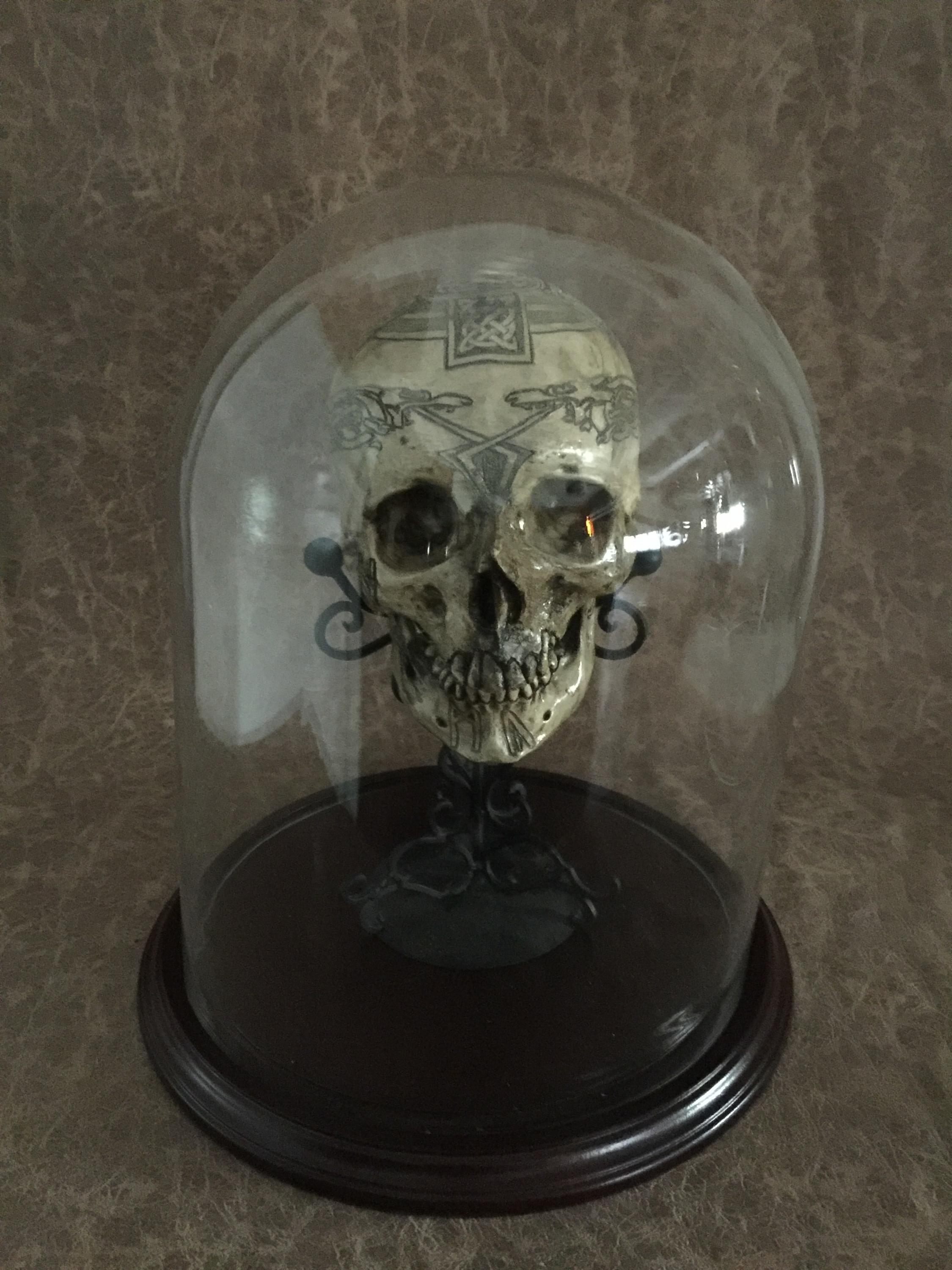 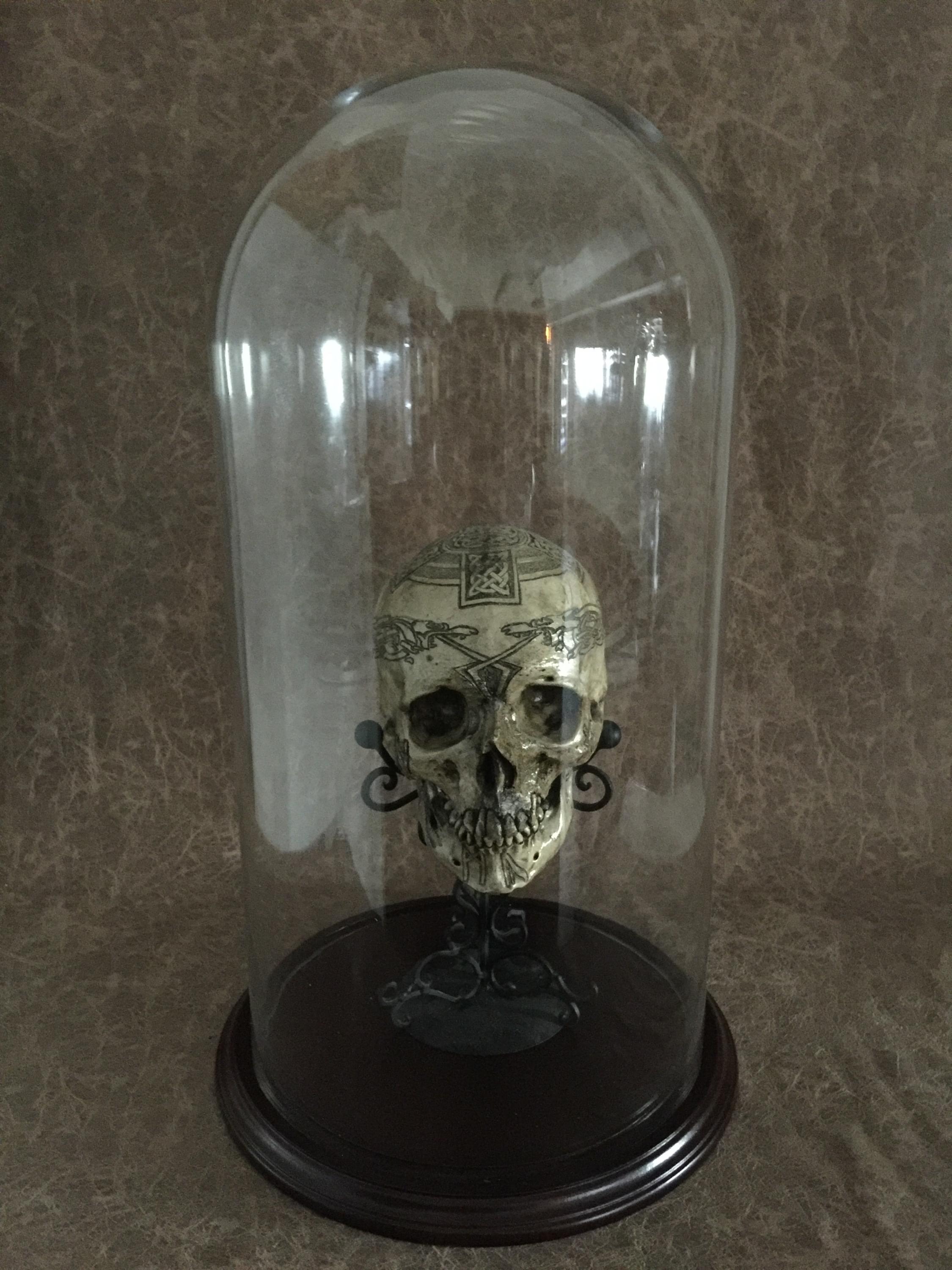